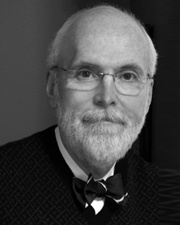 Hugh Kincaid utilizes more than 40 years of Disney and organization development experience in helping leaders change the way they think about business. Known as the "Sage", Hugh speaks from experience.

Hugh began working for Disney in 1971 as a grand opening team member at the Walt Disney World Resort in Lake Buena Vista, Fla.  He has held a variety of leadership roles at Disney, most recently as a human resource executive.  In that role, Hugh led the successful implementation and sustainability of global human resource objectives.  Hugh’s teams delivered strategic support and service to multiple Disney parks and divisions, including creative entertainment, merchandise, attractions, and food and beverage.

As a leader in the creation of the Walt Disney World Human Resources, Organization Development department, Hugh guided company business units through organizational design, leadership development and change management strategies.  He was also a key member of the Disney team that worked with several of the company’s most senior executives to develop and implement a transformative culture change process known as “Performance Excellence”.  He served as principle executive coach in innovation, change, empowerment, partnerships, interpersonal skills, and Disney corporate values.  A highly-successful initiative, Performance Excellence is the core of Disney’s culture today.

Beyond his work with the Walt Disney Company, Hugh has provided organizational development consultation services to many diverse companies (healthcare, education, not for profit, and small and large businesses) across the United States and abroad.

Hugh was awarded his Bachelor of Arts degree in business management/human resources from the University of Central Florida. He is a certified Senior Professional in Human Resources (SPHR), accredited by the Society for Human Resource Management (SHRM), and has delivered presentations on organizational effectiveness to association conferences around the world.