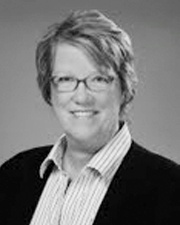 Dee Byrnes utilizes more than 35 years of Disney, healthcare, academic, and business industry experience – interacting with leaders at all levels as they expand the way they think about business.

Dee began working 1977, as a merchandise sales hostess on Main Street U.S.A. at the Walt Disney World Resort in Lake Buena Vista, FL. Dee performed in various roles for 5 years in the Merchandise division; entry level through supervisor, all “on stage”.  For the next 8 years Dee worked in Walt Disney World Theme Park human resources. Her responsibilities included designing and delivering training needs for all levels of the Disney Cast (entry through executive level employees) within the Theme Park areas. In 1989 Dee joined the Euro Disney Opening Team as Manager with responsibilities that included International Program Manager for Euro Disney where she designed, developed and implemented a successful model and program for exchanging French students with American students from Walt Disney World to Euro Disney and vice versa.

Her sunset role with the Walt Disney Company was as a leader in the creation of the Walt Disney World Human Resources Organization Development department; Dee guided company business units through change management strategies. She was also a key member of the Disney team that developed and implemented the leadership culture known as “Performance Excellence.” She served as an executive coach in innovation, change, empowerment, partnerships, interpersonal skills, and Disney corporate values. In this role Dee delivered strategic support and service to multiple Disney divisions, including creative entertainment, merchandise, transportation, security and facilities.

In addition to her Disney experience, Dee has provided organizational development consultation services to many diverse companies (Healthcare, Education, Not for Profit, and Small and Large Businesses) across the United States and abroad providing Executive Coaching, Project Management, and Program Design and Facilitation.

Prior to starting a career with the Disney Organization, Dee attended Western Michigan University as an Art Major and received an honorable discharge from the United States Army after successfully completing a 3 year assignment in Europe. Dee was assigned as part of a five member team charged with designing, developing and delivering the first Europe-wide computer system for the United States Army.

She is a certified Senior Professional in Human Resources (SPHR), accredited by the Society for Human Resource Management (SHRM), and has delivered presentations on leadership, organization effectiveness and change to executive teams and organizations across the United States.