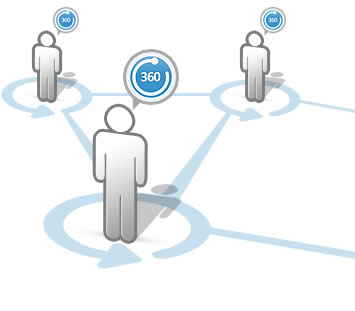 ROLE 360 is a best practice during the new employee onboarding process where new employees are introduced to their role, and those roles in a 360 degree radius.

We are often asked by clients how to get employees to genuinely care about their company, be energized by their mission and engaged in their work. A large part of the answer lies in your ability as an organization to show your new employee how and why their work matters, and what impact they have on the organization's success.  To achieve this, people must know where their work comes from and where it goes when it leaves them, and finally the end result- a ROLE 360.

How can you begin to implement ROLE 360's?

It’s actually easier than you may think.

Effective ROLE 360's greatly improve efficiencies and internal relations; creating awareness and commitment. Unfortunately, most organizations simply don’t put a lot of attention, thought or investment into an organization-wide view of roles, or world-class new employee onboarding. The good news is that neither lack of awareness or lack of attention are roadblocks that will permanently stop you from connecting your new employee with the overall success of their role and the organization.

Wondering If You Should Outsource Your Training?

Training and devlopment of your people is vitally important to your organization's success.

Your people are your greatest...